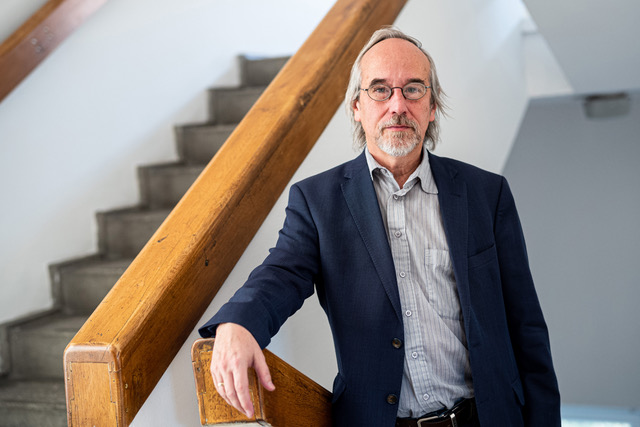 Prof. Eörs Szathmary of Eötvös University in Hungary  has been elected to the Humanities and Social Sciences section of the Norwegian Academy of Sciences and Letters. As a member of Ribbon Biolabs’ Advisory Board, he has been supporting the companies development since its early days in 2018.

The Norwegian Academy of Sciences (Der Norske Videnskaps-Akademi) has announced 20 new members, elected ‘based on scientific efforts and results within and beyond one’s field, and efforts to promote understanding of the importance and role of research in society’.

Only 5 of the new members are non-Norwegian scientists, among them is Eörs Szathmary, director of the Centre for the Conceptual Foundations of Science of Parmenides Foundation in Munich and Professor at Eötvös University.

Prof. Szathmary studies major transitions in evolution and evolvability, investigating the major evolutionary transitions, from the evolution of molecular replicators to the origin of the human natural language faculty and brain function, as well contributing to the development “evolutionary microfluidics”, a framework to improve biotechnological processes.

Only last year he has been bestowed lifetime member of EMBO (The European Molecular Biology Organisation) in recognition of his important work in diverse fields of science and technology.

He also is a member of the Hungarian Academy of Sciences and other prestigious institutions.

Since its foundation in 2018, Prof. Szathmary provides feedback regarding scientific strategy and directions as well as on the scientific leadership and positioning of Ribbon Biolabs as member of our Advisory Board.